Photography and social media superstar Trey Ratcliff is ranked #7 on Google Plus and #30 on Pinterest, with a following near that of Justin Bieber. He believes that sharing art, ideas, and information freely makes everything better. In this interview with my associate Frederick Van Johnson, he promotes my latest video course Essential Web Marketing for Photographers while giving insight to his social media philosophy.

You can’t be focused on making money. Instead, focus on creating something unique, share it with the world, and charge for only a small percentage of usage. He considers his millions of Internet acquaintances like family. He would not charge family when he invites them over for dinner. Trey’s Stuck in Customs resources are 99.5% free.

Trey manages his 22 million social followers completely by himself, and with no automation. As artists, we spend a lot of time alone thus he loves interacting and connecting with people. He does it for himself, for fun, and for others, so why would you want someone else to manage your social media?

As a travel photographer, he can’t create a formal schedule around social. He’s a self starter, thus doesn’t require a system to tell him when or what to post. But he does check all the social networks (G+, Facebook, Pinterest, Twitter) in the morning and post a few new thoughts. He’s always trying new stuff (like Pheed) and posts different things to each network. Put unique stuff everywhere because you can’t expect people to follow you on every network.

His blog is the epicenter of his digital existence. Like a cabin in the woods, streams and rivers that come by are the social networks, bringing stuff all the time. Throw a stick into the water and you only see it last for so long. The same is true of social media, each individual post doesn’t last. Hence a blog is required to pull it all together.

If people like you and trust you, money takes care of itself. Use social media to increase the flow and quality of clientele. Increase the amount of predictable business (which is having clients pay you to do stuff).

Total followers doesn’t matter in the grand scheme of things. Quality of followers counts. Social media is the future of all of us. Keep creating unique things and share often (as much as you can). Don’t be afraid about over sharing. Share stuff with the same purity as a child who shows off an art project with no ego in mind.

Thousands of Photographers boost business with my tips! 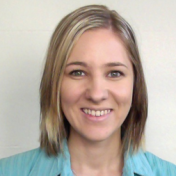 Entrepreneur, online marketing expert and lover of all things creative

Thousands of Photographers boost business with my FREE tips!